The Query Store feature maintains a history of query execution plans with their performance data, and quickly identifies queries that have gotten slower recently, allowing administrators or developers to force the use of an older, better plan if needed.

Query Store lowers the bar dramatically for performance troubleshooting and allows you to perform several kinds of scenarios:
– Conduct system-wide or database-level analysis and troubleshooting
– Access the full history of query execution
– Quickly pinpoint the most expensive queries
– Get all queries whose performance regressed over time
– Easily force a better plan from history
– Safely conduct server restarts or upgrades
– Identify issues with upgrades

This feature will benefit you if your regular data processing involves dealing with a lot of large text files — they can be stored in Azure Blob Storage or Hadoop, and queried as if they were database tables.

PolyBase is a technology that accesses and combines both non-relational and relational data, all from within SQL Server. It allows you to run queries on external data in Hadoop or Azure blob storage. The queries are optimized to push computation to Hadoop

The basics of Stretch Database are that some part of your tables (configurable or automated) will be moved into an Azure SQL Database in the cloud in a secure fashion. When you query those tables, the query optimizer knows which rows are on your server and which rows are in Azure, and divides the workload accordingly.

Providing the ability to quickly move JSON data into tables. The way this is implemented in SQL 2016 is very similar to the way XML support is built in with FOR JSON and OPENJSON

SQL Server provides built-in functions and operators that let you do the following things.

This restricts which users can view what data in a table, based on a function. SQL Server 2016 introduces this feature, which is very useful in multi-tenant environments where you may want to limit data access based on customer ID.

Row-Level Security enables customers to control access to rows in a database table based on the characteristics of the user executing a query (e.g., group membership or execution context).

Row-Level Security (RLS) simplifies the design and coding of security in your application. RLS enables you to implement restrictions on data row access. For example ensuring that workers can access only those data rows that are pertinent to their department, or restricting a customer’s data access to only the data relevant to their company.

Always Encrypted makes encryption transparent to applications. An Always Encrypted-enabled driver installed on the client computer achieves this by automatically encrypting and decrypting sensitive data in the client application. The driver encrypts the data in sensitive columns before passing the data to the Database Engine, and automatically rewrites queries so that the semantics to the application are preserved. Similarly, the driver transparently decrypts data, stored in encrypted database columns, contained in query results.

Always Encrypted is a feature designed to protect sensitive data, such as credit card numbers or national identification numbers (e.g. U.S. social security numbers), stored in Azure SQL Database or SQL Server databases. Always Encrypted allows clients to encrypt sensitive data inside client applications and never reveal the encryption keys to the Database Engine (SQL Database or SQL Server). As a result, Always Encrypted provides a separation between those who own the data (and can view it) and those who manage the data (but should have no access). By ensuring on-premises database administrators, cloud database operators, or other high-privileged, but unauthorized users, cannot access the encrypted data, Always Encrypted enables customers to confidently store sensitive data outside of their direct control. This allows organizations to encrypt data at rest and in use for storage in Azure, to enable delegation of on-premises database administration to third parties, or to reduce security clearance requirements for their own DBA staff.

SQL Server 2014 introduced the concept of in-memory tables. These were optimally designed for high-speed loading of data with no locking issues or high-volume session state issues. While this feature sounded great on paper, there were a lot of limitations particularly around constraints and procedures. In SQL Server 2016, this feature is vastly improved, supporting foreign keys, check and unique constraints and parallelism. Additionally, tables up to 2TB are now supported (up from 256GB). Another part of in-memory is column store indexes, which are commonly used in data warehouse workloads. This feature was introduced in SQL 2012 and has been enhanced in each version since. In 2016 it receives some enhancements around sorting and better support with AlwaysOn Availability Groups.

Depending on your scenario, you can either create new system-versioned temporal tables or modify existing ones by adding temporal attributes to the existing table schema. When the data in temporal table is modified, the system builds version history transparently to applications and end users. As a result, working with system-versioned temporal tables does not require any change to the way table is modified or how the latest (actual) state of the data is queried. In addition to regular DML and querying, temporal also provides convenient and easy ways to get insights from data history through extended Transact-SQL syntax. Every system-versioned table has a history table assigned but it is completely transparent for the users unless they want to optimize workload performance or storage footprint by creating additional indexes or choosing different storage options.

With Temporal Data support you can:

SQL Server Management Studio provides the ability to view the live execution plan of an active query. This live query plan provides real-time insights into the query execution process as the controls flow from one query plan operator to another. The live query plan displays the overall query progress and operator-level run-time execution statistics such as the number of rows produced, elapsed time, operator progress, etc. Because this data is available in real time without needing to wait for the query to complete, these execution statistics are extremely useful for debugging query performance issues. This feature is available beginning with SQL Server 2016 Management Studio, however it can work with SQL Server 2014.

The Live Query/Execution Plan will provide Real-time insights into the Query Execution process as the Control flows from one Operator to the another. It will display the overall Query Progress and Operator-level Run-time Execution Stats such as:

The full feature summary of ColumnStore Indexe evolution from SQL Server 2012 to 2016:

SQL Server 2016 allows you to scale up your database with Enhanced Database Caching, using support for multiple TempDB files per instance for multi-core environments. This reduces metadata- and allocation contention for TempDB workloads, improving performance and scalability.While installing via UI the label besides the Input Control below mentions: “The default value is 8 or the number of cores, whichever is lower. This value can be increased up to the number of cores”.

The new IF EXISTS syntax can be used optionally to check & drop items form a single statement with these DDLs: 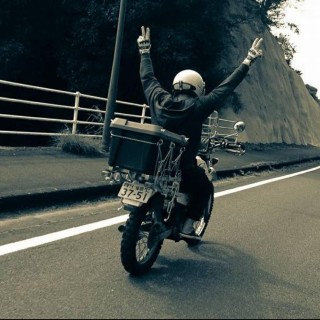